A new kind of energy 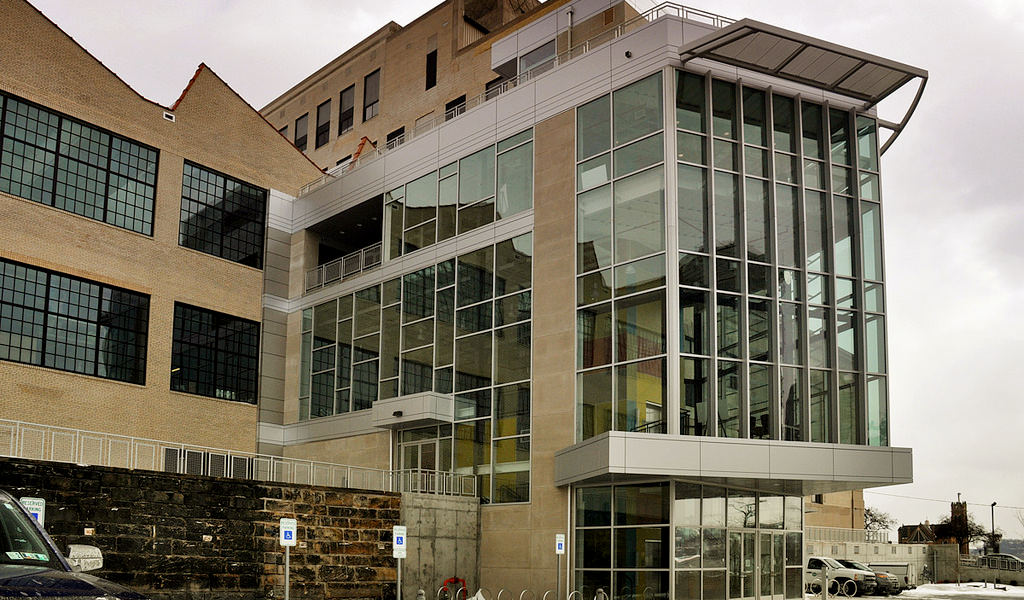 This city has made headlines recently as one that’s transitioning from an old to a new economy. It used to be an industrial engine built on extracting and refining natural resources – and some parts of the metro still sputter along like this. But much of the city proper has moved on. There are now multiple neighborhoods where eds, meds and technology, not large factories, are the main job drivers, and high-skilled employees the residents.

A recent major development called the Energy Innovation Center (EIC) embodies this transformation. Recently I toured the facility, and found that it was a compendium of everything Pittsburgh aims to become.

EIC occupies the former Connelley Trade School, which opened in 1931 as a high school for Pittsburgh students hoping to work in heavy industry. The front of the school was used for classrooms, cafeterias, auditoriums, etc., while the rear was a model workshop where students learned skills, before graduating to go work in Pittsburgh’s many factories. At its peak, Connelley had 1,800 students, and its massive imprint up on the hill still makes it part of Pittsburgh’s skyline……
Continue reading by DOWNLOADING the PDF.