The Lessons of Analyzing Energy 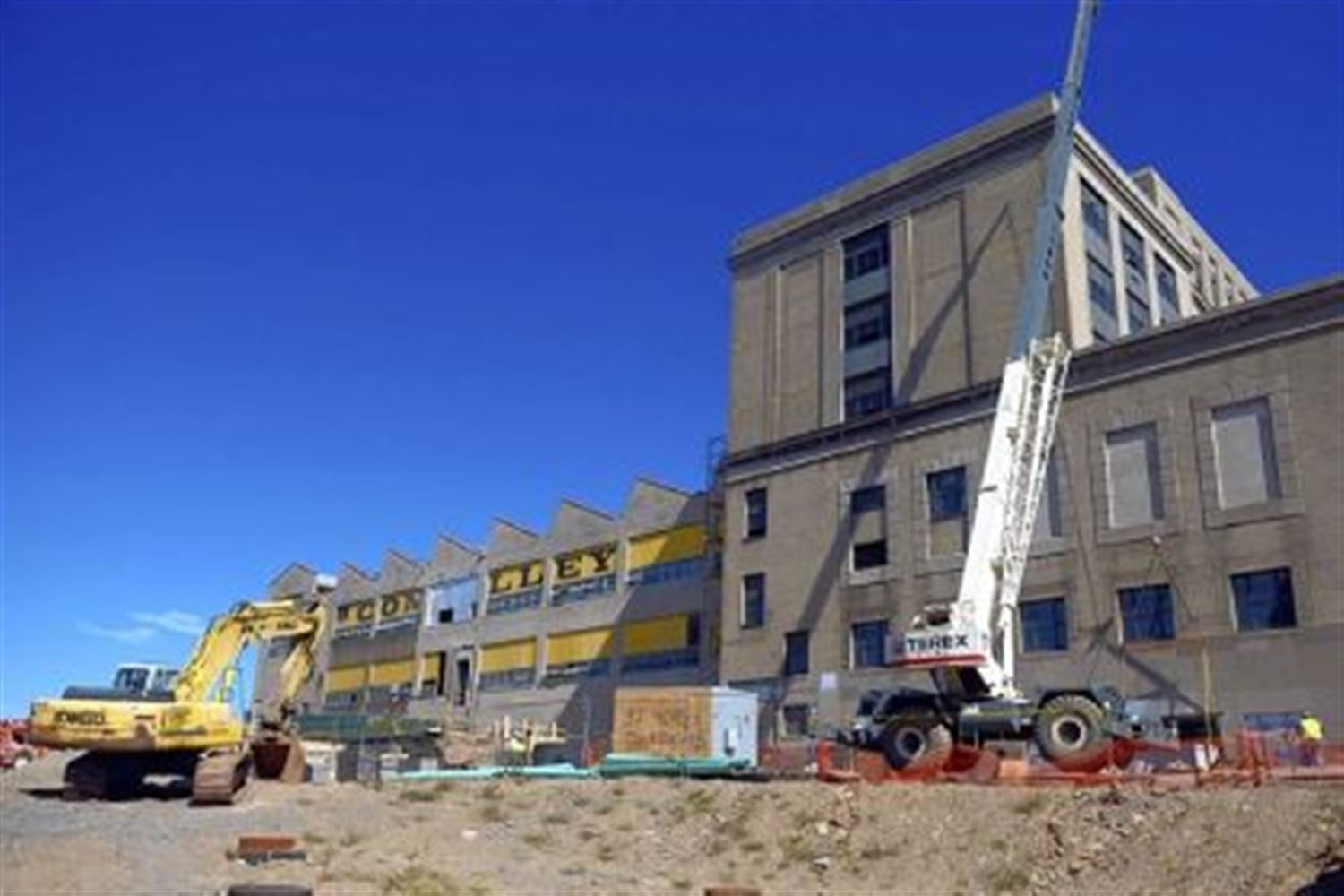 This project, conceived in 2008 by Pittsburgh Green Innovators, occupies the former Connelley Trade School in the Hill District

It’s not about being green and it’s not about being sustainable, says Joseph Jacobsen, executive director of academic programs at the Energy Innovation Center, which is rising, slowly but surely, inside the former Connelley Trade School in the Hill District.

It’s about the meter. Everything about the new facility will be based on watching how energy is consumed and conserved. Every piece of equipment sending light through the windowed hallways, heating the yet-to-be-built labs and offices, and powering the yet-to-be installed teleconference screens will be hooked up for data analysis.

There will even be an app to monitor the building in real time, said Bill Miller, vice president at Pittsburgh Gateways, a nonprofit economic development organization that bought the 233,822-square-foot school from the Pittsburgh Public Schools in 2011 and is a first-time developer on the project.

On the roof, a weather station will track conditions to add another layer of data to energy performance.

The piece de resistance will be what Mr. Jacobsen calls a “theater of technology” — all of the building’s energy equipment on display on the ground floor.

This project was conceived in 2008 by Pittsburgh Green Innovators, a consortium of universities, local nonprofits and labor unions, but it has since evolved several times.

The final plan calls for a series of labs — some operated by local universities or companies, some by the Energy Innovation Center — incubator space, meeting rooms, classrooms, and what Mr. Jacobsen refers to as the “solutions center.”

“We’re developing a physical space that’s designed and built to be able to extract knowledge,” he said, as if that explains everything.

In actuality, it will be a room, equipped with teleconferencing equipment, where subject matter experts can dissect a new technology or spend hours answering a single question: “What competencies do learners need to do this job?”

From that one question, “you get qualifications, skills, expectations — you get everything you need and you turn it into curriculum,” Mr. Jacobsen said.

“It’s a process of discovery, of new knowledge in a new and emerging discipline. To me, that’s the most exciting thing.”

The educational mission has already begun at the Energy Innovation Center. The center hosted a six-week course guiding a group of young Hill District residents through jobs available in the energy industry today.

In January, the center will run an energy project management course for existing Eaton Corp. employees at the electrical equipment company’s Warrendale office.

Other courses — and there are dozens already compiled in a catalogue advertising a fall 2014 start date — range from “Smart Grids and Micro Grids” to “Interpersonal Communication Skills and Environmental Management.”

The curricula for most of the courses has already been developed, some from scratch and some “transposed” by Mr. Jacobsen, as he puts it, from other materials.

Six instructors have been lined up so far — practitioners who will teach their discipline on a part-time basis. More are needed, he said. Mr. Jacobsen said the center will likely offer four or five courses per semester.

The goal is for students at Pittsburgh universities to choose to take classes at the Energy Innovation Center and get credit for them, just as they would on their own campuses. That requires coordinating the curricula with all the schools involved, a process still underway.

The Energy Innovation Center has more than a dozen corporate sponsors, including Eaton Corp., Bayer and 3M, some of which will have a physical presence at the facility.

Pittsburgh Community Kitchen, a new startup out of Pittsburgh Gateways, will have a large space to cook “thousands of meals a day,” according to Mr. Jacobsen, which will be delivered to Pittsburgh schools, hospitals and food banks. Contracts are being worked out, he said.

The University of Pittsburgh, whose engineering building space is limited and full with current programs, according to David Vorp, associate dean for research at Pitt’s Swanson School of Engineering, is looking at having several labs at the Energy Innovation Center.

“We have some initiatives that we’d like to grow and some we’d like to start,” Mr. Vorp said. “But in order to do these sorts of things, we would need space.”

Pitt is also considering relocating its Manufacturing Assistance Center, currently in Harmarville, to the renovated Bedford Avenue building, which would need about 30,000 square feet of space.

A number of workforce development organizations and small companies will be sprinkled into the building, like the International Union of Operating Engineers Local 95, and the Department of Energy.

Kova Enterprises, a Munhall-based company, may also be part of the mix. Led by Steven Kovacik, Kova makes products for sustainable power generation.

“At a minimum, we would want a showroom or a storefront,” he said.

A meeting room and an office would be nice, too, Mr. Kovacik said, and if the company decides to move the entire operation into the Energy Innovation Center, he’d need at least 5,000 square feet.